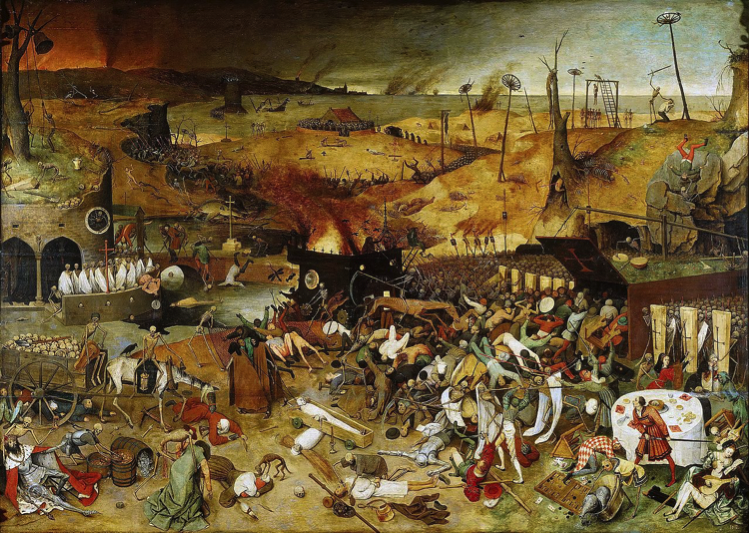 As you know, I’ve been working on The Triumph of the Sky, the sequel to my first-published novel, The Bones of the Earth. And I thought I should familiarize you with this fantastic, yet historical universe so you’re ready to find you way around when the book comes out.

The setting is the Eastern Roman Empire, which most of us in the West call the “Byzantine Empire.” But to the people who lived in it, it was the Empire of the Romans.

The story of The Triumph of the Sky begins five years after the end of The Bones of the Earth, so that’s 603 CE. The Empire had just been through a particularly tumultuous period, even for the Roman Empire.

I learned in school that the Roman Empire fell in 476 CD, when Odoacer, a Germanic soldier in the Roman Empire, deposed the teenaged last Emperor, Romulus Augustus. A year later, Theodoric and the Ostrogoths killed Odoacer and conquered most of Italy. Other “barbarian” tribes took over Gaul, Iberia, Britain and most of the rest of the Western Roman territories.

But the Eastern half of the Empire continued for another thousand years. In the sixth century, its capital Constantinople, on the narrow straits that separate Europe and Asia, was the largest and wealthiest city in the world. With walls six metres thick and 12 metres high, sea walls and the natural protection of the Sea of Marmara and the Golden Horn on two other sides, it was considered unconquerable. Indeed, it would fend off all attacks for another 600 years.

The Eastern Roman Empire in 600 stretched from the Caucasus Mountains, east of the Black Sea, all along the southern Mediterranean coast to the Atlantic Ocean, and included Egypt, and as far north as the Danube River. Emperor Maurice, who ruled from 582 to 602, reconquered parts of Italy that had been lost to the Ostrogoths and Lombards.

In 602, troops revolted against Maurice. Their leader, Phocas, butchered Maurice’s family in front of him, then killed the Emperor and took the throne.

Phocas was especially brutal, even for a Roman Emperor. He used mass torture to rule, and became the object of many plots and intrigues. Eventually, he was deposed and killed by the next emperor, Heraclius.

During Phocas’ rein, though the Sassanid Persians attacked in the east, taking Syria and Mesopotamia, raiding Anatolia and even at one point setting up a military camp within sight of Constantinople. On the north, Avars and Slavs, or Sklaveni, were conquering deep into imperial territory.

This is the political and military situation that surround Javor and the other characters of Triumph.

The people of Constantinople

The people of Constantinople were cosmopolitan, with a great range of ethnicities represented at every social stratum—even the Emperor. About 30 percent were literate, far ahead of western Europe and the rest of the world at the time. There were renowned schools and universities in many of Rome’s cities.

The key to Constantinople’s wealth was trade. It was located at a crossroads: where the land route between Europe and Asia crossed the major sea trade route from the Black Sea to the Mediterranean. As a result, it had several huge markets, great ports and incredible numbers of people moving in and out all the time. Wealth brought about great demand in the city for art and other luxury goods.

The Christian Church dominated social life in Constantinople. The Emperor was the head of both the Church and the Empire, although the bishop, called the Patriarch, wielded a great deal of power.

Even though the Church dominated social and moral life, there were still many slaves in the Roman Empire. At that time, most of them were prisoners of war, and their children. But another source was poor parents who sold their children into slavery to pay their debts and feed the rest of their children.

The people of the city generally divided into two groups: the Blues and the Greens. This originated as racing teams in the Hippodrome, and like today’s sports fans, they could be fanatical. There were times after races when one team would massacre thousands of members of the other. The rivalry between the two sides reached a peak in the Nike riots in 532. I’ll go into that in more depth in a future blog. But the Blue-Green divide went far beyond the horse races: neighbourhoods could be Blue or Green, and there were social and religious divisions between them, too.

In short, the early 7th century in Constantinople was a complex time — arguably as complex as our own, in its way, with political intrigues, wars on more than one front, social divisions, and contradictions between religion, society, politics and money.

Till next time … keep your paddles in the water.

« Previous Post: Army of Worn Soles: Battle of Poltava
Next Post: Last week, three-quarters of a century ago »